Letter to the Wokingham Paper - BLM

We were delighted to see that so many people turned up for the Black Lives Matter protest in Wokingham at the weekend. We were not able to join them, as we were all self-isolating or shielding due to Covid-19. There will be many others who were in our situation, and the crowd would have been even bigger if everyone who wanted to be there had been able to go.

On behalf of all those who would have liked to have been there, can we say a huge thank you to the organisers, to all of the speakers, and to those who recorded and uploaded the speeches to Facebook . We know that this is a cause which is supported by many Wokingham residents from all backgrounds, and we look forward to seeing what we can do to further support the causes of equality and anti-racism. 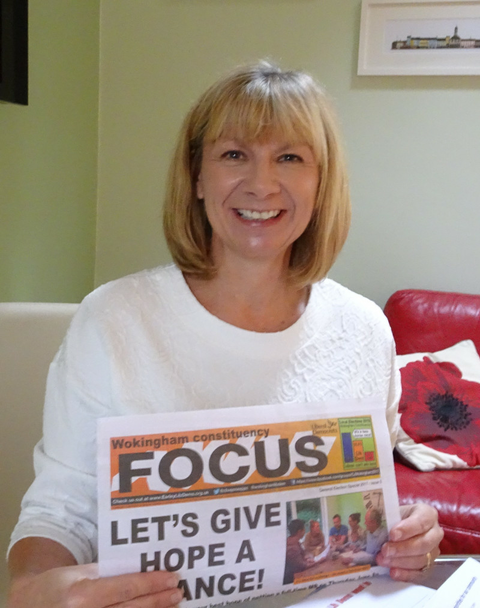 So, the results are in and unfortunately we fell short in the Wokingham constituency. At the end of the day, despite the huge number of people who voted LibDem for the first time and backing from former Labour and Conservative party voters, we could simply not overcome the national trend of leave-voting Labour supporters switching directly to the Conservatives.

This is disappointing, but there is also much about which I feel proud and optimistic.

To everyone who voted for me I extend my sincere thanks. To those who took the time to write offering their support, I also add my gratitude. You can have no idea how encouraging it has been to receive your emails.

I'm also pleased by how many of you have said that, having voted LibDem for the first time, you will now continue to do so. This will be crucial if we want to deliver the real change that this country needs and not the sham populist vision espoused by Boris Johnson and the Conservatives.

I believe that this country’s politics is in a parlous state. Based on lies and being implemented by politicians who care more for their own careers than for the well-being of the country. I spoke briefly about this during my final speech at the Wokingham count last week.

You can listen to that here:

As I said during that speech, democracy is an evolutionary process, it does not stand still. And so it will be with this latest result. Boris Johnson has sought over recent months to cast the blame for the failure of his policies on everyone else but himself. But he now has a majority and the blame for failing will fall squarely on the shoulders of him and his government.

In time, we will have the opportunity of passing judgement on his achievements - or otherwise. I hope to see you all again when that time comes.

My 5 point plan - in the Wokingham Times

Read more about Phillip's Plan in the Wokingham Times article or below:

Liberal Democrat candidate for the Wokingham constituency, Dr Phillip Lee, has today announced the five areas that will form the focus of his local plan if he is successful on 12 December.

The areas, which cover fair funding for schools, improvements to primary health care provision, a reduction in plastic pollution, investment in youth services and controls over 'guerrilla' property developers, have been developed after extensive discussions with residents.

Speaking at the launch of the plan, Phillip said:

"I have spoken to hundreds of residents, from Aldermaston to Wescott, over the last few weeks and there is a strong correlation about people's local concerns.

"These are the problems of uncontrolled development and the absence of proper infrastructure provision for new housing, lack of school funding and support for youth services, and, more widely, the high level of plastic pollution which too often finds itself on our streets and country lanes.”

"None of these problems are particularly insurmountable, but they have never been properly addressed by those in authority. They have always been treated as someone else's problem. Well that has to change.”

"Take, for example, the provision of primary health care. New developments are being built, but rarely do they contain a health centre, let alone plans for new GP practices to occupy them. This means that the new residents have to use surrounding surgeries, which puts pressure on their numbers, and increases the waiting time to get a GP appointment.”

"All of this is because no one has chosen to make healthcare provision a factor that needs to be taken into account when submitting a planning application. That means it is not the developers' concern and, once the houses are built, the local CCG is under no obligation to provide facilities.

"A simple change to the legislation would mean that new developments could not get the go-ahead unless somebody had taken responsibility for the problem."

For too long, Wokingham constituency hasn't had the deal it deserves from Westminster.

We've seen out of control house building, but without sufficient services like healthcare clinics needed to keep down GP waiting times.

Sign up to hear more about my five priorities for our town.

We need to stop Farage's vision of Britain

People know if they vote Conservative then they're going to get Nigel Farage's Brexit Party. That's the message I've heard from people today (over the wind!). If you want to stop Nigel Farage and his vision of Britain, you've got to vote Liberal Democrat in Wokingham