We unveil our parliamentary candidate

The Liberal Democrats have selected local councillor Clive Jones to contest the ultra-marginal Wokingham constituency at the next general election.

The party slashed sitting Conservative MP John Redwood’s majority to under 8,000 at the last election after gaining a dramatic 23% swing, taking the Conservatives below 50% of the overall vote. The Wokingham constituency has become known as a Blue Wall constituency, meaning it will be a close contest between the Conservative party and the Liberal Democrats in a two-horse race. The Liberal Democrats won the Blue Wall seat of Chesham and Amersham in neighbouring Buckinghamshire last year and have now set their sights on winning Wokingham at the next election.

The Liberal Democrats are on a winning streak in Wokingham after gaining control of Wokingham Town Council last year and winning 13 Borough Council seats from the Conservatives since 2016.

Local Councillor Clive Jones has led the Liberal Democrats’ campaigns in Wokingham and has now been selected as the party’s general election candidate. Clive has lived in the local area for 40 years and was elected to the Borough Council in 2016. He is the Leader of the Lib Dem Councillor Group on Wokingham Borough Council. Clive is a community activist who leads campaigns on protecting green spaces from unnecessary housing developments. Clive is currently leading a petition to reduce the number of new houses being built in Wokingham following the Conservative Council approving building on green land. He has also been lobbying for increased funding to Wokingham’s schools and has helped keep a local
post office safe from closure. He is a Governor of the Royal Berkshire Hospital.

Leader of the Liberal Democrats Ed Davey MP said:
“In Clive the Liberal Democrats have selected the polar opposite to an out of touch Conservative MP. Clive is well known for working tirelessly for local people. He listens to people and takes up their concerns. Meanwhile, the Conservative party ignores local people, unfairly hikes taxes on hard-pressed families and stands by a law-breaking Prime Minister. “Clive will make a fantastic local MP for Wokingham and I can’t wait to join him on the campaign trail in what will be a close two horse race at the next election.”

Liberal Democrat candidate for Wokingham Clive Jones said:
“People in our area are furious that John Redwood has remained loyal to Boris Johnson. I’ve heard truly heart breaking stories from local people who sacrificed seeing dying loved ones during lockdowns because they were following the rules. Yet John Redwood thinks the Prime Minister shouldn’t lose his job over partying in Downing Street. “People in Wokingham are fed up with being taken for granted by the Conservative party. I am determined to finally oust a Conservative party that never listens to people in Wokingham.” 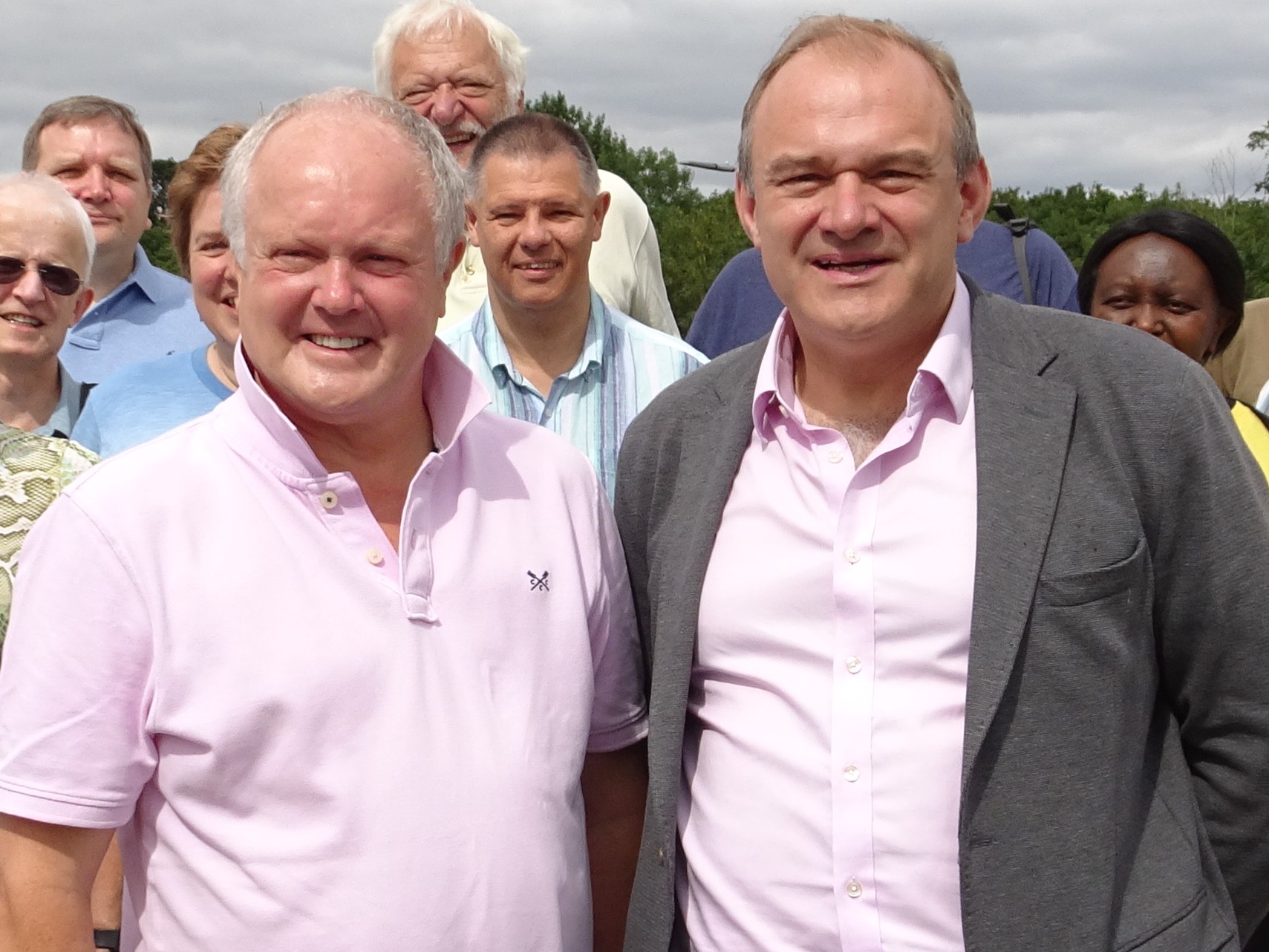 Please visit the get involved or donate pages to see how you can help him win.