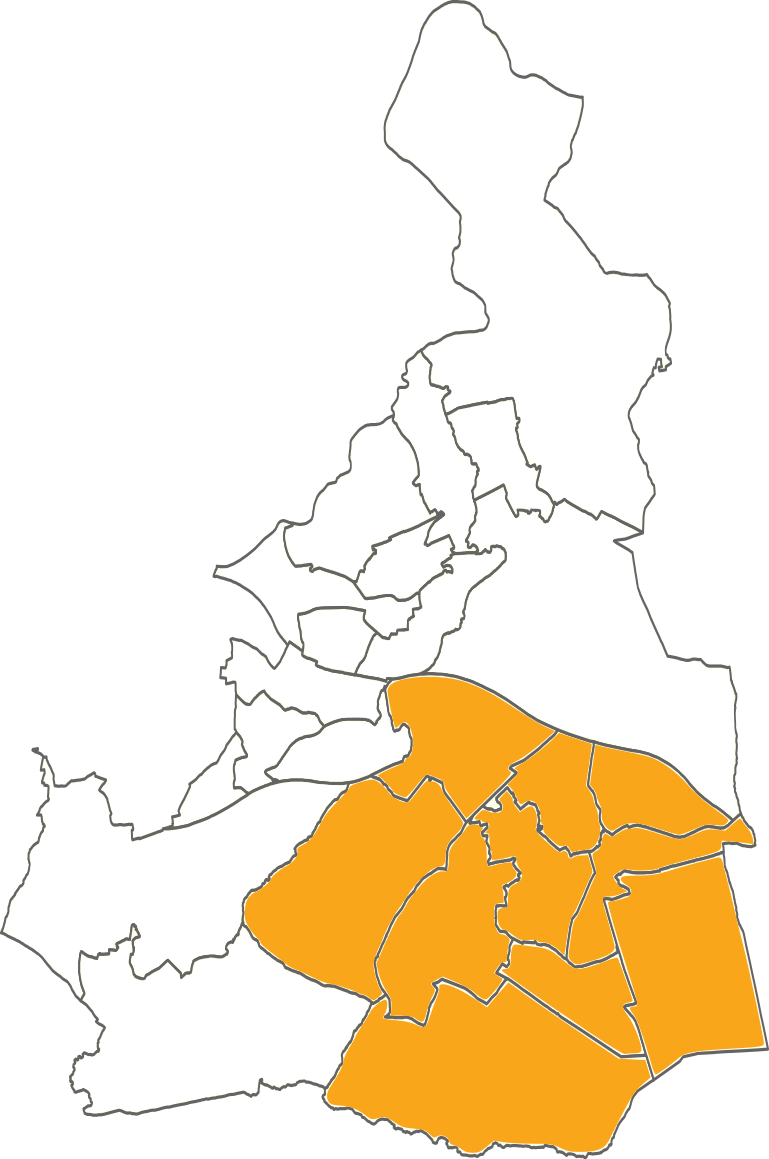 The Liberal Democrats have picked up 3 seats on Wokingham Borough Council in South East Wokingham, and held onto another. We also have won a further seat on Wokingham Town Council, leaving us just 1 short of a majority, with 12 out of 25 seats. 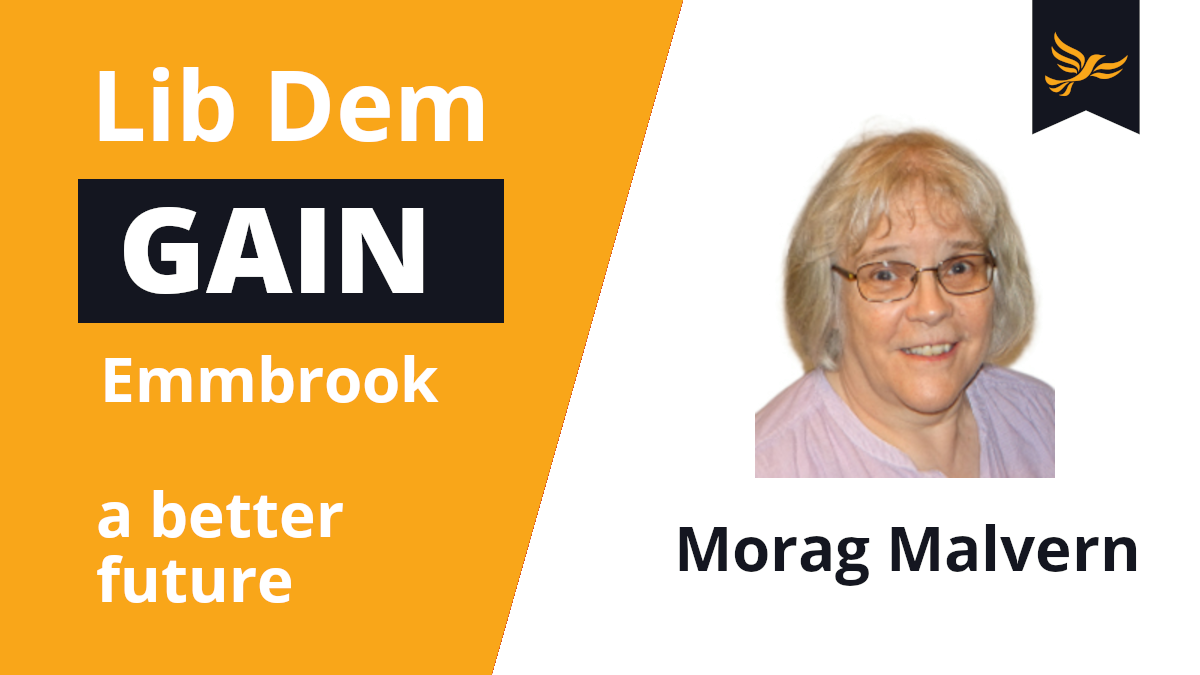 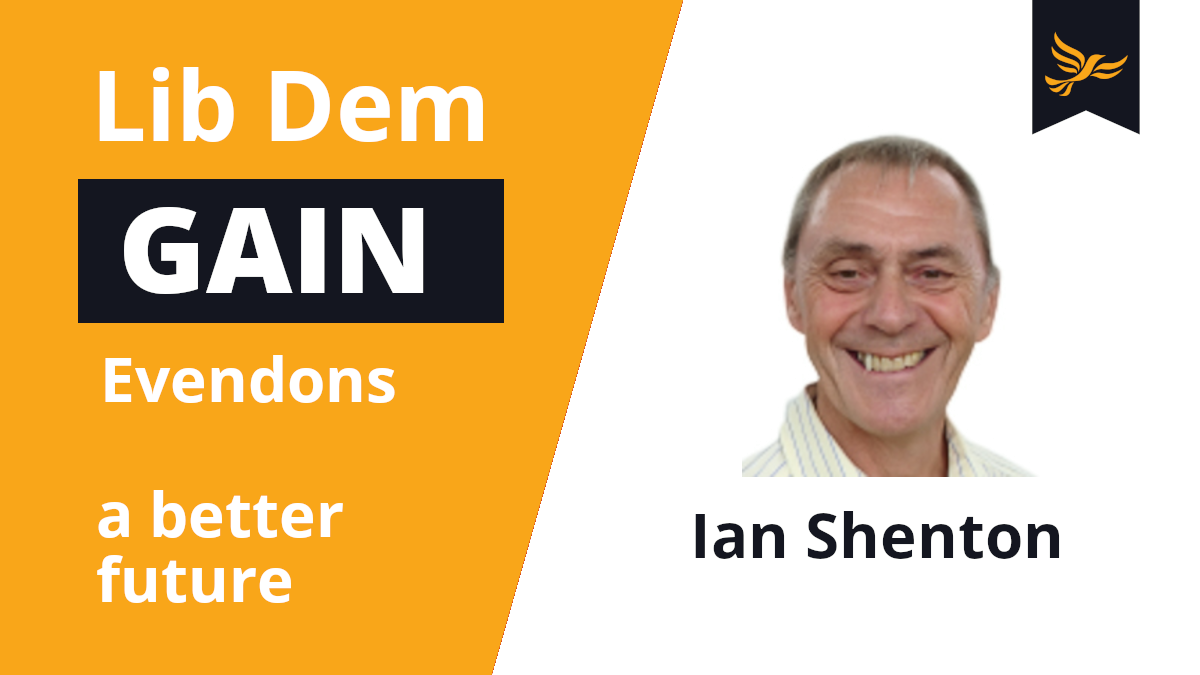 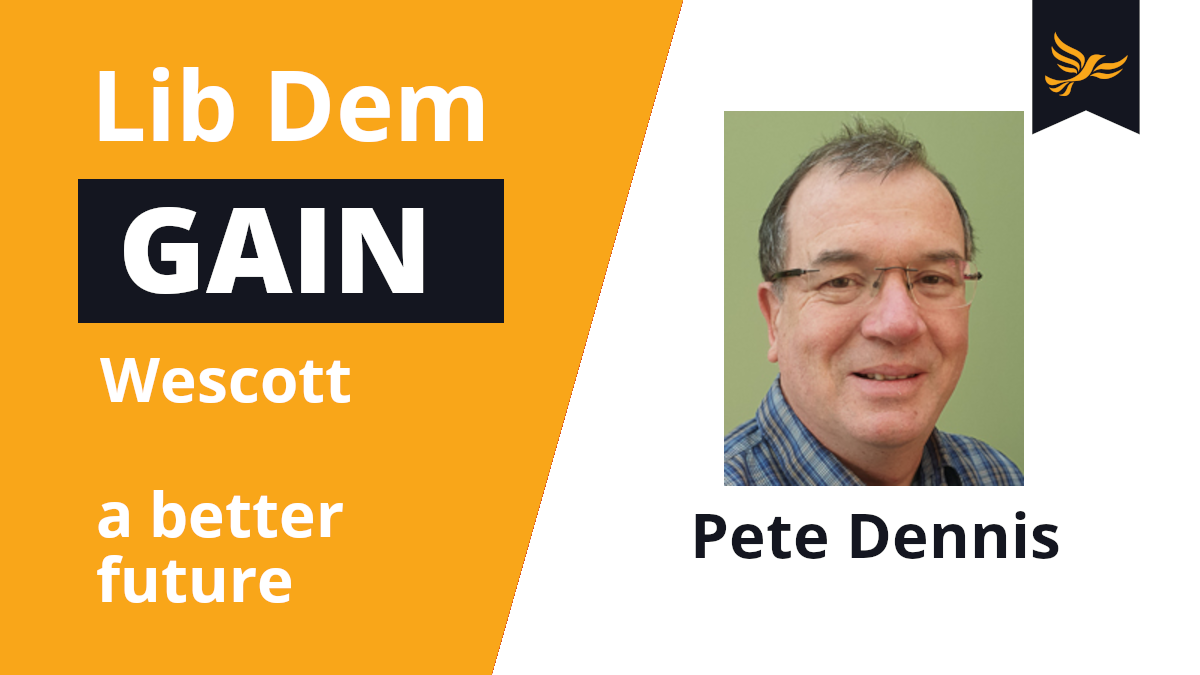 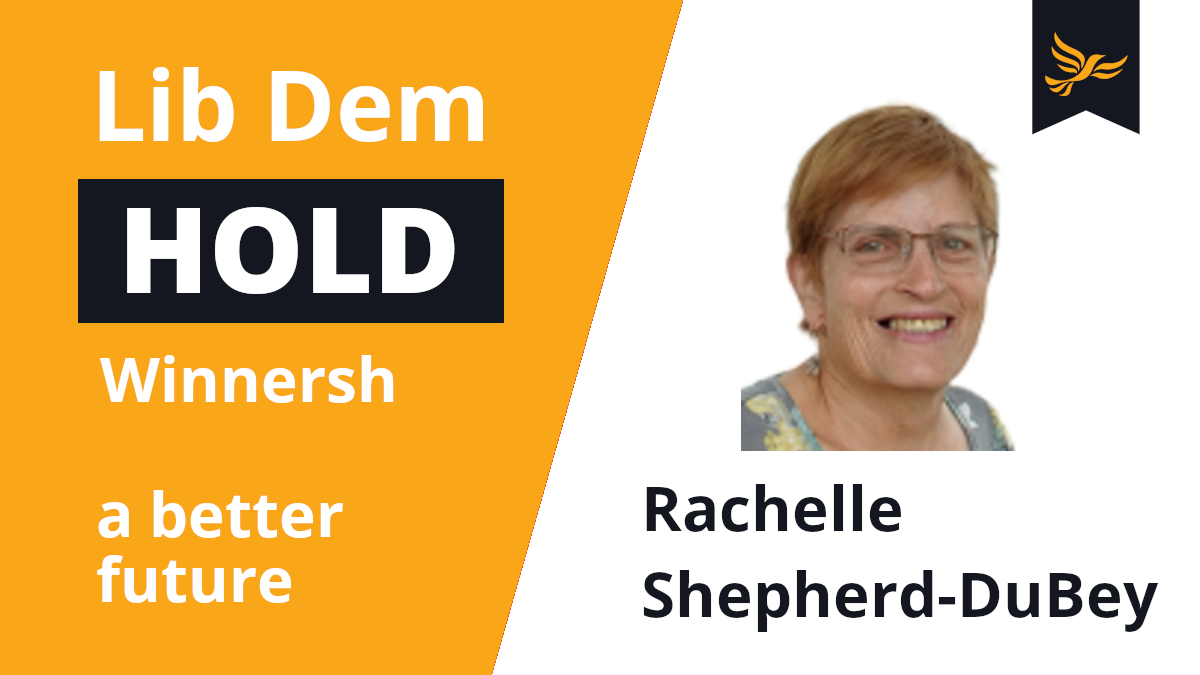 Well done to Robert Comber and Paul Fishwick for your continued campaigning on this issue.

I would like to thank all parties involved in tackling the noise pollution issue that was plaguing many of the residents in and around Woosehill. It has been nearly 2 years since I was first contacted by members of the community about a new piece of equipment that was being used by a local scrapyard, resulting in noise that for many was unbearable.

My thanks is extended to the Council and in particular the Environmental Health team, the scrapyard themselves, and the community who have been engaged on this matter.

Environmental Health have worked hard in the community, monitoring and assessing the problem. They determined that there was a statutory noise nuisance and have been working with the scrapyard to mitigate the problem.
The scrapyard employed a noise consultant to help work out a solution which was implemented in mid-April. I appreciate that this last year has been particularly challenging so am very grateful to them that we have this solution now in place.

The residents I have been engaging with on this over the past 2 years have been absolutely fantastic, assisting Environmental Health with reporting and being persistent in reaching this solution.
The peace that has descended on the area is most welcome - long may it continue!

Our Wescott candidate Peter Dennis in the news talking about how the Liberal Democrat council would protect our environment.

We're really proud of Prue who won the leader's award at the Spring Liberal Democrat conference this year. Prue works tirelessly at a local and national level and we think this award is very well deserved!

Our candidate for Wokingham Without, Robert Comber, has handed in our petition to make the new distributor road safer for pedestrians and cyclists, and it has made the local paper.

We'd like to thank everyone who signed this petition.

Letter to Wokingham.Today We need men to take accountability

Letter signed by one of the Liberal Democrat Councillors for Evendons is published in Wokingham.Today

We need men to take accountability

Last week was a difficult week for women. We started by celebrating International Women’s Day on Monday.

The celebrations were cut swiftly short by a well-known, male TV presenter vilifying a young, prominent woman who was brave enough to share her truth regarding her mental health.

The next day a serving officer in the Metropolitan police was arrested on suspicion of the murder of Sarah Everard, a young woman who went missing in south London on her walk home from a friend’s house. Her remains were sadly identified on Friday.

Every woman has felt unsafe on a journey home. We’ve taken a longer route home that’s better lit, we’ve held keys between our fingers, we’ve crossed the road just to check if the person behind us is following, we’ve made a pretend phone call and we’ve arranged to call/text our friend when we get home.

Many people have responded to the outpouring of grief and stories being shared on social media to say, “Hey, wait! #Not all Men”. We understand that, but it is ALL women who do not feel safe, and we can’t tell which men it is.

We also learned, in a report that surprised not a single woman, that 97% of young women in the UK have been subjected to sexual harassment.

On Thursday, MP Jess Phillips read out the names of 118 women who have been killed in the UK over the last year where a man has been charged or convicted. We know these women’s names due to the work of Karen Ingala Smith who collects this data on an annual basis because there are no official statistics. Two women a week are killed in England and Wales by a current or ex-partner. This has increased to one every three days since the first lockdown.

Femicide is an epidemic yet we neither measure it nor seek to address it. It is something we have accepted as part of life.  Since Sarah Everard went missing last week, six women and a little girl have been killed in the UK.

We finished the week on Mother’s Day, a subdued bookend to a horrific week. We opened the papers and checked social media on Sunday morning to be confronted with images of police manhandling women to the ground.

Women who had brought flowers and gathered outside, peacefully, in remembrance of Sarah Everard and all women who have been the victims of male violence. To those who say the gathering should not have taken place due to the pandemic, I remind you that we are also in the midst of an epidemic; an epidemic of male violence.

There is no end to the advice given to women, yet despite decades of this advice nothing changes.

Women are not the problem. It’s time to stop victim blaming and hold men accountable. According to the Office of National Statistics 93% of convicted murderers are men.

What are we doing as a society to address the direct thread linking the acceptance of sexist jokes, cat-calling, street harassment, domestic violence, all the way through to the abduction and murder of women and the murder of 118 women a year by their partners? The tolerance of misogyny in all its forms leads to a society where we are not safe on the streets, nor in our own homes.

We need men to take accountability for the solutions. We need you to speak up and challenge the acceptance of these horrific statistics. Because they are not just statistics, each one is a person’s life. Male allies need to be as appalled as women and you need to be vocal in your outrage: Speak up and speak out when you encounter sexism in all its forms, including supposedly innocent sexist banter and lewd remarks.

Talk to your sons, don’t just focus on protecting your daughters. We all stand to gain from a society in which we are safe, and we all need to take responsibility to make it safe.

See this and other letters here: https://www.wokingham.today/readers-letters-as-seen-in-the-print-edition-of-wokingham-today-of-march-18-2020/

FROM THE CHAMBER: Imagine a world without the arts

Creative industries contributed £111 billion to the UK economy in 2018, a 7.4% increase on the previous year.

This means that at the time, growth in the sector was more than five times larger than growth across the UK economy as a whole.

Spring forward to now and the pandemic has been cataclysmic for the arts and culture industries and, while there was the £1.57 billion rescue package, the package left an unforgivable gap: individuals.

The majority of those who work in these industries are self employed or work on short term contracts, and many have found themselves with minimal support.

The job losses have been huge, with many creatives finding work in other industries in order to survive.

A large number of them are unlikely to return.

We now need to look to how we can help these industries recover, and they must recover, not just because of their intrinsic value, but also because they are a strategic resource.

These industries have a demonstrable impact on education, health and wellbeing, society and our economy, but more importantly, they enrich us and make us human.

Can you imagine a lockdown without them?  No books, TV, music etc?

Here in Wokingham Borough, there is a lot going on in arts and culture.

I am proud to be a part of the Wokingham Arts and Culture Alliance where we’re looking more strategically at the sector.

The Alliance is a partnership of representatives from arts and culture organisations, the borough council  and town and parish councils.

It is a collaborative process, and we aspire to make Wokingham Borough a cultural destination of the future and further enhance our communities through what is known as place-shaping.

Place-shaping means using creative powers to influence and promote the general well-being of a community and its citizens.

It is a way in which local partners can collectively work together to create attractive, safe and prosperous communities, where people want to live and work.

The new strategy we hope will be approved soon and will be the first strategy of its kind in the borough.

What will be key though is the actions that come out of it, and I very much look forward
to seeing it come to life.

The current design for the SWDR and its new connections into the road network expect pedestrians and cyclists to share the same footway or cyclists to share the road with traffic.  With 2,500 houses planned in this area plus through traffic, congestion on the shared footway and safety concerns will be a real barrier to people travelling on foot or by bike.  More than 200 local people signed the petition, which was organized online due to the pandemic.

Presenting the petition, Liberal Democrat candidate for Wokingham Without Rob Comber implored the Council to “Make it safe and encouraging for non-motor vehicle users, and help prepare us for the next twenty years.   A small amount of time and money now will save us a fortune in the future and provide for a better standard of life right from the start.”

This same week, on 15th March Wokingham Borough Council belatedly agreed that it would follow government guidance from July 2020 that pedestrians and cyclists should not be expected to share a path where flows of each are high and for continuous and safe cycles routes at junctions and roundabouts.

Cllr Paul Fishwick, Lib Dem spokesperson for highways and transport said that “whilst we welcome the council finally agreeing to follow this important guidance, we are disappointed that it has not committed to doing so for any scheme that has already started design, such as the SWDR and the connecting Western Gateway Roundabout.”

Cllr Fishwick added that “these 2 schemes were due to be reviewed by the Planning Committee on 24th March where objections to the design from the community would be aired.  However, we understand that this has now been postponed to the other side of the local elections. Whilst we hope that the delay is a sign that the necessary improvements will be made, we fear that it could also be a way of shifting this unpopular decision to beyond the election.”

If elected in May, Wokingham Borough Liberal Democrats will develop a network of high-quality walking and safe cycling routes to link residential areas, local businesses, shops, schools and transport hubs.  We will prioritise this over investment in schemes that will only encourage additional motorised traffic onto the roads, as a part of our commitment to addressing the climate emergency and poor air quality.

The Matthewsgreen Playground is open.

During Lockdown you have to work a little harder to find the positives. Well yesterday, was one of those. After a lot of delay due to Covid 19 and getting safely signoffs, the developers of the Matthewsgreen estate were finally able to open the new children’s playground. There could be no ‘official’ opening, but I was lucky enough to be there when they did it.

Ward map images are a remix of previous work available on the Wikimedia Commons (created by Nilfanion, using Ordnance Survey data) and are licensed under CC-SA-3.0 and the attribution must contain the following notice also:  Contains Ordnance Survey data (C) Crown Copyright and Database Right.
Sign in with Facebook, Twitter or Email. 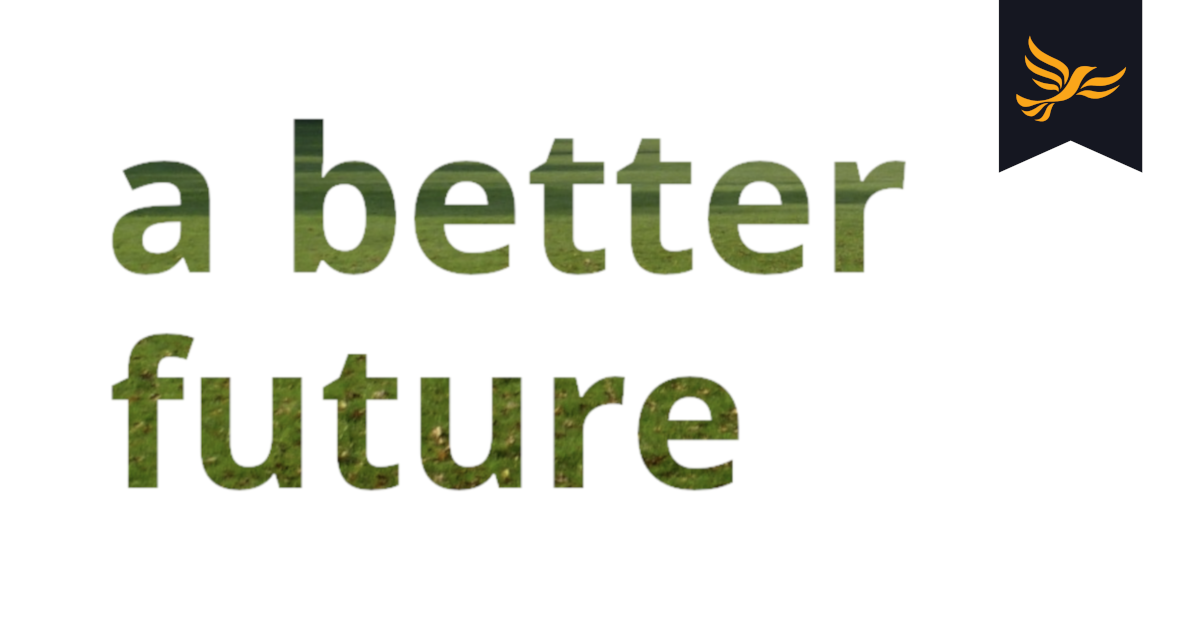 We're campaigning for a better future for Wokingham Borough. Read more about our plans!