The Members of Earley Town Council elected a new Town Mayor for 2021/22 at the Council’s annual meeting on 4th May 2021. As the Council meeting was held remotely, the outgoing Town Mayor, Cllr David Hare, made a socially distanced presentation of the Mayoral chain to the new incumbant, Cllr Anne Bassett, a town councillor for Redhatch ward, later that week.

Cllr Anne Bassett, who had previously served as Deputy Town Mayor, said of her appointment “I am honoured and proud to be elected as Mayor of Earley.  It is a great privilege and responsibility and I look forward to serving our residents in the year ahead.  I would like to thank our outgoing Mayor Cllr David Hare for all his work over the last two years and particularly for steering the Council through this last difficult year. It is a credit to our officers, staff and Councillors that the work of our council has continued throughout the pandemic, maintaining our facilities and green spaces, enhancing them and making improvements.

Earley has a lot to be proud of, not least its community groups and volunteers who have continued to give support to residents throughout. As we cautiously take the next steps along the government’s roadmap, I am hopeful we will return to more normal times. I look forward to meeting and thanking those groups and volunteers who have done so much, quietly, for Earley.  I am proud of this community and grateful for the way people have followed the rules and looked out for each other over the past year.  I urge everyone to continue to do so and we will emerge as a stronger community as a result.”

At the same meeting on 4th May 2021, the Members of Earley Town Council also elected Cllr Tahir Maher as the new Deputy Town Mayor for the coming year. ​​Regarding his appointment Cllr Tahir Maher, a town councillor for Maiden Erlegh ward, said “I am honoured to be elected as Deputy Mayor and I look forward to working with our very able Mayor Cllr Anne Bassett. I would also like to thank our outgoing Mayor Cllr David Hare for all the hard work he’s done over these last two years for the residents of Earley”. 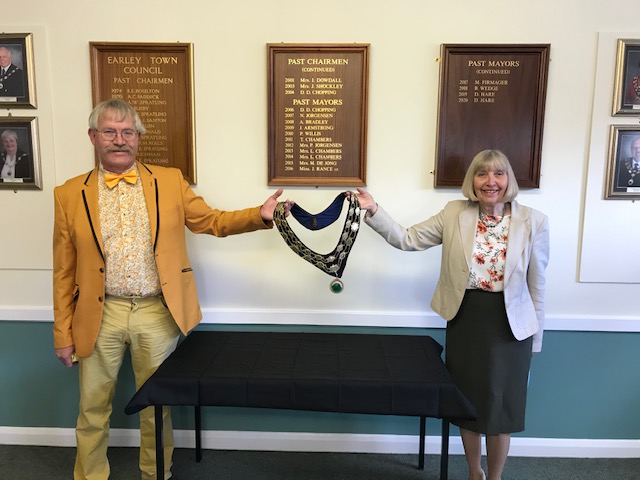